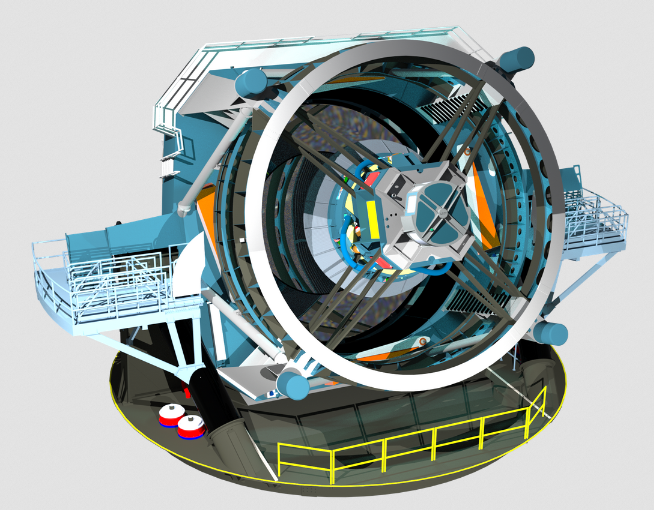 Creation of Project: Hubble 1474 was inspired by the need for public involvement- amateurs and professional astronomers alike- with The Vera C. Rubin Observatory, previously referred to as the Large Synoptic Survey Telescope (LSST). This observatory features, among other things, an 8.4 meter diameter reflector-type telescope, a 20 giga-pixel digital camera, and a program planned to release massive amounts of the data to the public. One hope of this program is to involve more “citizen scientists”- people who may not have professional astronomy skills but wish to make valuable contributions to astronomy- by enabling them to go through all the observatory data and help investigate what discoveries may come. With estimates of over 1.28 petabytes of data generated annually once the telescope becomes fully operational, going through all the data is expected to become the most technically-challenging part of the Rubin Observatory program. They will certainly need help reviewing and analyzing the data, including contributions from amateurs and citizen scientists around the globe. It’s this growing opportunity and need for citizen scientists that Project: Hubble 1474 aims to serve, by lowering the cost of astronomy by an order of magnitude or more.

The Rubin Observatory has a budget of $473 million and so far remains within this budget, along with $70 million annually for operations. For professional and amateur alike, one can run a few simple calculations:

Picking up on the trend here? How about this?

As often goes the matters of large projects versus the efforts of hobbyists and small-scale ventures, perhaps there exist specific technical needs that such cost analyses overlook. To that, we refer to the Rubin Observatory FAQ page:

A: Some of the science can’t be done at all with a smaller telescope, or group of small telescopes. For instance, the near-Earth object (NEO) survey is looking for things that won’t sit still for a long exposure. An exposure longer than 30 seconds becomes ineffective, and so finding the vast majority of NEOs which are small and faint requires a telescope that can collect a lot of light in that amount of time. Similarly, longer exposures on a smaller telescope will not help characterize faint transient objects lasting only seconds. In an array of smaller telescopes, longer exposures would be required (to reach sky-noise limit) as well as multiple gigapixel cameras. Some of the science can be done on a smaller telescope in a longer time, but consider the numbers: The speed with which you can survey an area of sky for objects of a given faintness is proportional to throughput (collecting area times field of view in meters squared degrees squared). Rubin Observatory enables totally new windows on the universe because it has such a high throughput. For most of the exciting explorations of our universe, the total time would increase from 5 years to 50 years if Rubin Observatory were shrunk to 4 meters and a 2-degree field of view. There is real value in being able to complete the project in less than several generations!
“

From the numbers example in this FAQ answer, indeed smaller telescopes would require exponentially more time and effort, but also offer promise of significant cost reduction opportunity. Therefore, the pursuit of a purely citizen scientist path to meet some of the same objectives of the Vera Rubin Observatory, one of the most amazing telescope systems of our time, remains a feasible and important project for OMS to pursue.

Now, do we have any examples of how a large aperture, drastically lower-cost, smaller-scale telescope might lead to valuable contributions to science by amateur citizen scientists?

On September 20, 2016, amateur astronomer Victor Buso, a locksmith in Rosario, Argentina, was testing a new camera on his 16-inch telescope, when something extremely unlikely occurred: captured in his shots of galaxy NGC 613 was a supernova. These contributions help to further confirm our understandings of the universe.

On May 6, 2020, a team of astronomers discovered a black hole that is visible to the naked eye, only 1,000 light-years away in our very own Milky Way galaxy. While this discovery was made by professionals with professional equipment, larger aperture telescopes with lower costs will enable more people to make such discoveries, professional and amateur alike.

Project: Hubble 1474 is so-named as a juxtaposition of honor to science and faith, the science to Edwin Hubble-who faced opposition in his claim that our Milky Way galaxy is just one of many in the universe- and Psalms 147:4 regarding God’s naming of the stars. All investigative pursuits involve some element of faith: we do not know for certain what we will find, but we do know that we want the truth that science and reason afford us. And so far as we know today, there exists no religious text which clearly names all the stars, much less all the galaxies and other celestial bodies, of the universe as we currently have it understood.

An algorithmic design experiment that cleverly imagines how to trigger your captive attention.

Begin typing your search above and press return to search. Press Esc to cancel.